Twilight Sparkle was sent to Ponyville to learn about friendship by Princess Celestia, and she became such a master at it, she became the Princess of Friendship! Whether shes studying a book or spending time with friends, she always learns something new. Inspired by the My Little Pony: Friendship is Magic television series, this My Little Pony 6-inch Twilight Sparkle pony figure has rooted purple hair with pink streaks. She is a purple pony figure with her signature cutie mark: pink and white stars. Figure comes with a comb accessory for brushing and styling her long mane and tail. 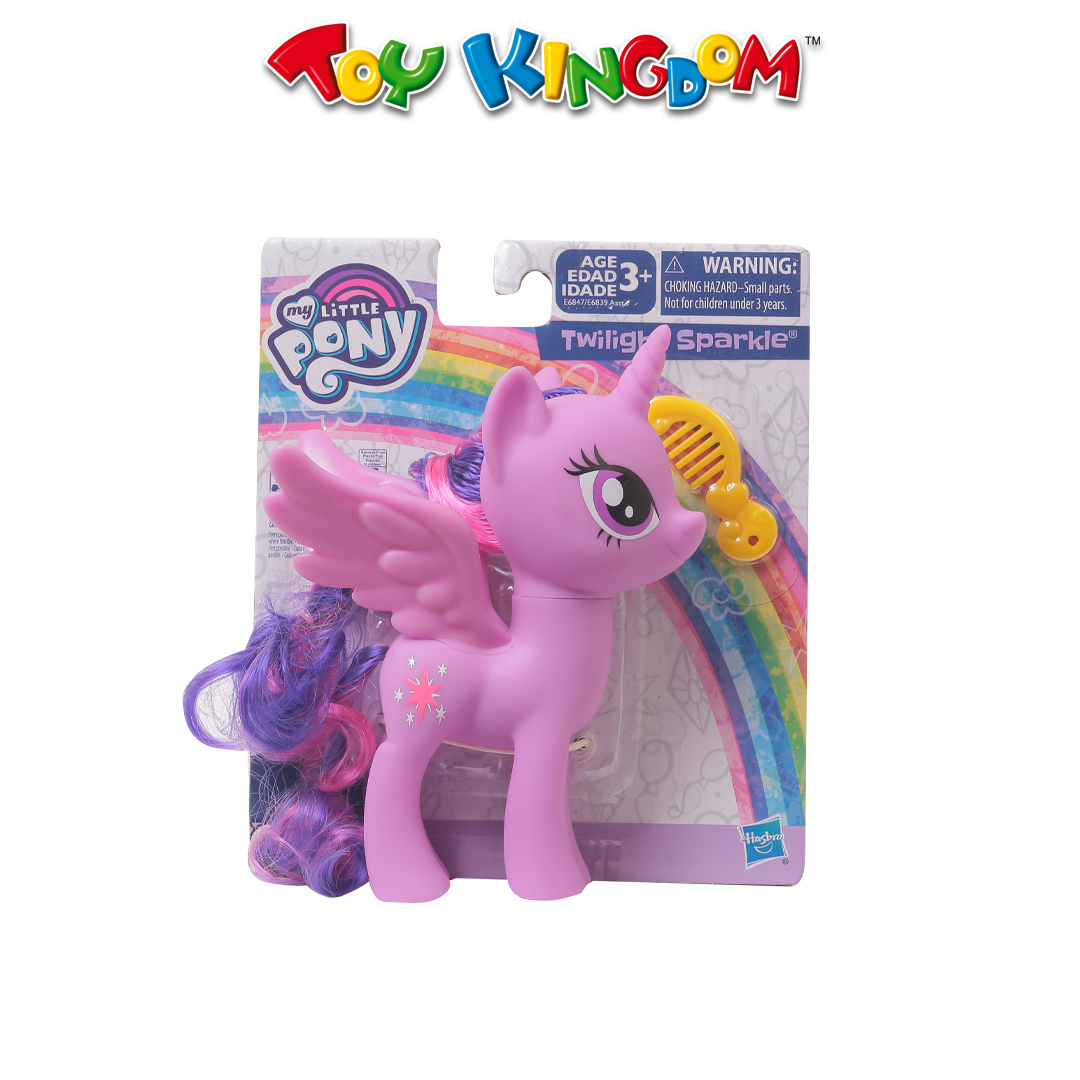